In this article, the common questions that arise in new parents are discussed. Read the article to get an insight into it.

Contents
Is Frequent Bowel Movements Normal?
Why Is My Child Often Feeling Constipated?
How Long Should We Breastfeed Children and Which Is the Best Diet for Children?
Can We Massage or Exercise the Baby?
What Are the Signs of Discomfort That We All Should Be Aware Of? 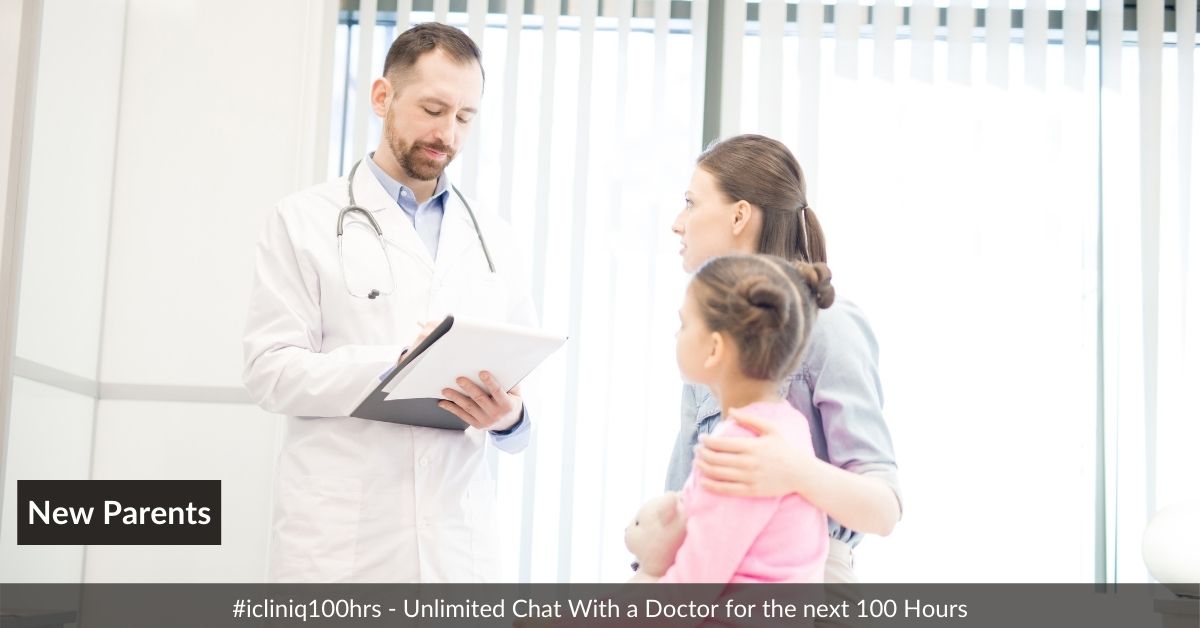 In this article, I am stressing some of the most common questions we face during child development, especially when they have not yet developed the art of communication that well.

The most frequent question I come across is about the bowel habits of the child. Many of the parents get frightened and sometimes paranoid when it comes to it. Especially if the child has not passed stool for one to two days. But surprisingly, many tend to overlook the increased frequency of stool. Let me tell you that it is actually the opposite.

Loose motion or increased frequency of stool can be serious. The calculation behind this is that the surface area of the child is comparatively less than adults. And even two to three good amounts of loose motions can cause severe dehydration, and the child can go into shock or acute renal failure. I have seen children's painful demise because of a mere lack of understanding of the situation by most of the parents. When the child passes frequent stools, it just does not cause water loss but some good amount of important electrolytes like sodium and potassium, which are left uncared for, in spite of all the efforts in the advertisement of ORS (oral rehydration salts) solution.

These kinds of occurrences are very common when they are teething. Many children even pass foul-smelling and greenish stools. Also, dysentery is not uncommon in children as they are in the habit of putting everything in their mouth to ease the irritation of newly erupting teeth.

Related Topics
Why has the infant not defecated for a few days?
Is my 8 months old baby suffering from Hirschsprung's disease or severe constipation?
What ayurvedic medicine can be given to my little one to increase her alertness?

The most common symptom in such a case is a child cries before every stool, and there is the presence of mucus. The first step in such a condition is to start replenishing the lost fluid and electrolytes. Prepare the ORS solution and start giving it. For that, it is better to keep a sachet in the house. Sometimes, that itself is enough as the body may stop diarrhea after a few episodes.

But care no less if it does not seem to stop or if it is too frequent or in considerable quantities. Get to the physician as soon as possible and take treatment accordingly. Please do not take over-the-counter medicines. And while saying it, I cannot stress enough the severity of its drawbacks. In such cases, homeopathic medicines like Arsenic Alb, Bismuth, Aloe socotrina, Natrum Sulph, Chamomilla, Antim Crud, Rheum, and Sulfur come very handily if prescribed after careful study of the case and matching it to the presenting symptoms.

Why Is My Child Often Feeling Constipated?

Now, let us talk about constipation. Many children do not pass stools for days together. Either because of sluggish peristalsis or due to hardness of stools. Many of them start giving home remedies or giving various marketed products and whatnot. The child is bombarded with some of the most bitter formulations. If the child could do it, he would have done it. It is my earnest request to the readers that do not ever use the so-called age-old formulas or gripe water without any indications. They are not preventive. Many believe them to be even harmful. The child does not need it until and unless there are actual symptoms.

Even in the actual case of constipation or flatulence, homeopathic medicines are preferable. Not only are they easy to administer, but they give permanent or at least long-lasting relief. Medicines like Bryonia, Alumina, Sulfur, Lac Defloratum, and Opium are capable of relieving the most obstinate types of constipation. Use them for the better and healthy future of the child.

Some cases of constipation are so severe that the efforts of passing stools are painful for children and they deliberately try to avoid passing stool for a couple of days. That is not all. When parents try to force them to pass stool, they would hide behind the doors and cry incessantly. In such cases, a few doses of Sulfur 30 followed by Sulfur 200 helps immensely for constipation.

How Long Should We Breastfeed Children and Which Is the Best Diet for Children?

In this area, the instructions are fairly simple. Only breastfeeding until six months of age. And after completion of the sixth month, start with some liquid diet like fruit juices, formula milk of good brand, and some crushed vegetable soups. It goes without saying that it should be tasty enough that the child accepts it readily. I have seen parents giving the same food daily and then complaining that the child is not eating properly. I just want to tell them to imagine themselves being served the same food daily. Anyone will get tired of the same taste and the same kind of food. Change the food daily. There are lots of videos and other materials available on how to prepare tasty and nutritious food.

One mistake that I have observed in many mothers or, say, families repeating is they keep on feeding the baby every time it cries. As a consequence, the child suffers from an irritable stomach and starts throwing up frequently. Which actually is just because of errors in their feeding habits. The actual guideline is once the baby is properly fed, the next feeding should be given at least one and a half hours of intervals. The other question regarding breastfeeding is up to what age of the child it should be given. Ideally, it should be continued up to the age of 2 years with other food after six months of age.

Can We Massage or Exercise the Baby?

Some parents massage and exercise the babies so that they have stronger muscles and bones. To some extent, it is beneficial, but some of them go beyond the usual and start doing some unusual experiments like hanging children by holding their heads and stretching their limbs more than they should be. I sincerely tell the parents to spare their children from this immense suffering. Be gentle. The child knows your touch and feels well cared for. Stop if the child starts crying. You will not like it if it is done to you either.

What Are the Signs of Discomfort That We All Should Be Aware Of?

The following important functions should be watched for:

Any change on either side, more or less, should be taken into consideration. Especially the thing we miss is the lack of interest in eating. We consider it common and start searching for tonics and appetizers. In my opinion, food is a very basic need for an individual. If he does not have the urge for that, then there must be something wrong. It should not be treated vaguely. Especially in allopathy, it is not given importance duly. As they have no such treatment which can address such early signs of derangements.

While in homeopathy, these early signs serve as the early stressors and help to build a stronger case. They can be eradicated in their very early phase, and the person can be saved from suffering more dangerous illnesses.

Apart from all these, one thing I need to mention is to put old misbeliefs and superstitions aside when raising a child. Try to be more scientific, and follow the instructions given by your family physician or pediatrician. Here I have tried to elaborate on some very crucial points that I have found to be causing confusion and harassment to the new parents. I hope it is helpful to the reader and guides them to avoid critical situations. There are many such useful articles to come. Stay tuned. Feel free to consult online for homeopathic treatment.

I have chronic nasal congestion, and my lymphocyte count is high. Will you Suggest any solutions?

Query: Hello doctor, I am 20 year old male. From the past three weeks, I have nasal congestion, which is not getting cured. I was also suffering from nausea and increased bowel movements. The nausea is cured, but I feel sick from inside. Is there anything serious? In my CBC reports, the neutrophils are 44...  Read Full »

Can bowel movements get disturbed after marriage?

Query: Hi doctor, I got married before 10 months and since then my lifestyle has changed. As a result of this, I am suffering from increased bowel movement. Over last three months it has become very frequent for almost two to three times a day. Sometimes they are fine but at times stools are like soft porr...  Read Full »

What could be the reason for the unsteady gait of my daughter?

Query: Hello doctor, My daughter was a late walker. She started to walk when she was 18 months old. Now, at 20 months, it feels like she is still very unsteady and her gait is weird. I have attached a link to a video of how she walks. Please see it. Is there a real reason to be concerned or is it normal af...  Read Full » 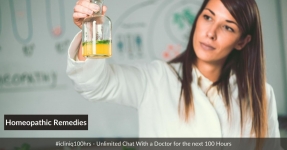 How to Reduce Cholesterol Through Homeopathy?

Homeopathy Remedies for Better Concentration and Focus in Children

How Can Jock Itch Be Treated Through Homeopathy?

Do you have a question on Baby Constipation or Baby Milestones?

Disclaimer: No content published on this website is intended to be a substitute for professional medical diagnosis, advice or treatment by a trained physician. Seek advice from your physician or other qualified healthcare providers with questions you may have regarding your symptoms and medical condition for a complete medical diagnosis. Do not delay or disregard seeking professional medical advice because of something you have read on this website. Read our Editorial Process to know how we create content for health articles and queries.